2019 Messege to all AAP Volunteers

I write to you, to tell you how fortunate I am to be your colleague and your friend. On 12th January, our leader Arvind Kejriwal crowned me with the Aam Aadmi cap and I became a part of a great experiment of hope.

AAP government in Delhi achieved those heights in development in 3 years which BJP and Congress could not do for many years.
we will give our everything to destroy the forces of evil and eradicate crime, corruption and communalism from the face of India. We will make India a land of joy and abundance, where Aam Aadmi will get a good quality of life. I wish you all a new year of success, joy and happiness.

31st December is a sad day as all the days of the year become a part of your past never to return again. This year, I started afresh and toured through every nook and corner of Maharashtra. In this process, I met many ex colleagues and influenced them to start working with me. I quit the Congress by resigning from the MLC post in 2007 . I condemned the then Manmohan Singh's corrupt governance. Our very own cultured Manmohan. Media’s darling Manmohan, was infact ruining the country but people were deceived by his politeness and simplicity. Due to Manmohan Singh’s presence, the Congress was decimated and merely won 40 Lok sabha seats.

Uptill 1991, India was a welfare state. The concept of a welfare state is defined in the Indian Constitution. Manmohan Singh amended that. The welfare state was relegated to oblivion. He went forward and encouraged Privatization. Hospitals, Railways, schools, buses etc were all privatized. If Railways will be completely privatized, they will charge exorbitantly. If the ST is privatised, No one will provide transportation to remote corners of the country. Private school education will be extremely expensive. Even now, the idea of free education only exits in theory. After looking at the shabby school provided by the government, people are forced to send their children to expensive private schools. In the health sector there is no sign of development. Fadnavis and his government have gobbled all the money allotted for medicines and other medical facilities. Nothing is left over for the common man. Modi is a carbon copy of Manmohan Singh.

We had profusely protested against implementation of these western policies in India. I had directly confronted Manmohan Singh and Narsimha Rao. I emphatically stated that I had quit my role as a Soldier to join politics only to make the life of my fellow farmers better. Not to impoverish them.They destroyed the rural economy, Manmohan again was responsible for this. Modi stepped into his shoes, and followed suit.

1991 is the year that destroyed India. From there on our country’s focus shifted from its poor citizens onto the American ideology. Manmohan Singh is a agent of western philosophy. As a employee of world bank which is owned by the US, He brought in American capitalism in India. His privatisation , globalisation and liberalisation {PGL) transformed Indian economy for the advantage of the urban rich. Whereas the Constitution guaranteed equality of status and opportunity. Manmohan and then modi overturned this to bring in inequality in all the spheres. This new. System of governance generated wealth but for a few. 1% of population holds 74% of the wealth.the failure of this new economic model is reflected by human trauma. Lakhs committed suicide.

Due to introduction of privatization in 1991, the common man All services became extremely expensive and inaccessible such as travel, health etc . Secondly, restrictions on industry were removed due to liberalization. Permanent labor was replaced by Contractual workers. Privatization forced many government businesses to shut down. Government jobs went down by 50 lakhs. Reservation too went down. Employee rights disappeared due to contractual worker. People’s salary was cut down by 50%. All those large industry players benefitted from liberalization. people like Ambani got the contract to produce Raphael jets.

Third issue is of globalization. The Indian government welcomed companies like McDonalds and Burger kings Walmart on a red carpet. Foreign traders and investors started investing in India. Major companies of fertilizers and pesticides launched their company in India. This made the Indian soil poisonous as these fertilizers had lethal chemicals. As we consume this food grown of this poisonous soil, the poison began to enter the body, diseases like diabetes, heart diseases etc increased. Common people started dying. Overall, as a result of liberalization and globalization, the Indian public became poor and big businessmen became richer.

Manmohan Singh said that due to the liberalization and globalization, corruption would be reduced considerably, but it grew exponentially. This is why Aam Aadmi party was formed, to fight corruption. All these cruel businessmen and rich people can easily put all their black money into foreign accounts. Both Congress and BJP support this loot. This is undemocratic and will destroy our country soon. The BJP has unconstitutionally kept its hold on all government institutions to support their own malicious cause. The government controls independent institutions like RBI, CBI and even the Supreme Court. It is shocking that a Supreme Court Judge openly started speaking against the system in a press conference. Even the media has been sold out to the BJP. There is not free press anymore. Instead of empowering and uplifting people, this government is shamelessly promoting HINDUTVA. Which essentially mean manusmriti. A religion based on caste. If one speaks against their system, he will either be killed or be enslaved for life. In the past these activities were undercover, now they are unabashedly and unapologetically going forward with it Openly. Earlier, Their communalism and fanaticism was hidden. now it’s out there in the open. Even if Nagnath BJP leaves, Sapnath Congress will take over. Congress after coming back to power will resurrect all that BJP has done. None of these parties miss a chance to throw their weight around to abuse power. No party dilutes the stranglehold on power developed by previous regime. We see during elections, all their energy goes into proving the criminalities of the other party instead of focusing on their developmental plans for the country. The congress does not say that they will roll back steps taken by the BJP to destroy institutions.

This is the challenge of 2019. To restore democratic norms of conduct. To re-establish the rule of law meaning the Constitution. To remove fear from the minds of people and press. This is not easy. Change is always opposed. It is only in Delhi that AAP government could achieve transformation in the basic needs like education health and in non corrupt governance. The Delhi model of Development has. Given hope to the people of India.AAP did in 3 years what BJP could not do in 22 years in Gujrat.This is the model we will implement in Maharashtra and entire India. This is the challenge before us.

You can send him message by clicking here 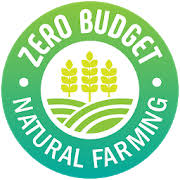 We, the soldiers of Indian Constitution, solemnly resolve to implement the constitution in letter and spirit.

We resolve to integrate at all cost, religious and ethnic groups to create true Indian society & to eliminate inequalities in Indian Society. It is imperative to defeat Sapnath & Nagnath of Indian politics & bring Swaraj of Common Man, similar to Swarajya of Chhatrapati Shivaji Maharaj

This message is only visible to admins.